Land cards represent areas of land that are under a players control from which they can draw magical power. Lands are the principle source of the mana that is required to cast spells. For a list of all land cards see the land card list.

By default a player can play one land for "free" during their main phase. A land played this way can only be played when the stack is empty. Some cards can alter the number of lands a player is allowed to play on their turn.

The most common lands are the five basic lands. Unlike other cards there is no limit to the amount of these cards that can be in a constructed deck. These lands have a single ability, namely tapping them gives one mana of the appropriate color.

These lands are able to produce multiple colors of mana, or have spell like abilities, which will be specified in the card text. Many of them enter the battlefield tapped. 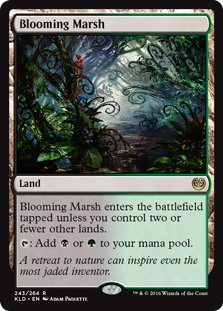 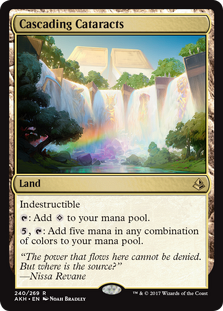 Retrieved from "https://magicarena.fandom.com/wiki/Land?oldid=11772"
Community content is available under CC-BY-SA unless otherwise noted.